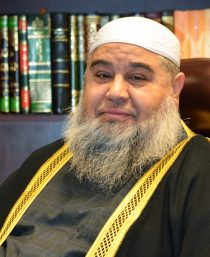 The image of millions of Muslim pilgrims performing Hajj is always an overwhelming sight humanity witnesses. Hajj is one of the best forms of worship and the most sublime of deeds because it is one of the pillars of Islam that Allah revealed to Muhammad ﷺ. Our religion is incomplete without it. It is a form of worship only acceptable when one devotes it to Allah alone, with a desire for victory in the Hereafter.

Hajj is the fifth pillar of Islam which every Muslim, who can afford it, must complete at least once in their lifetime. In the Quran, much is said about the Hajj (which means “setting out towards” a place, in this case, Mecca), and it is made obligatory in these verses: “Pilgrimage thereto is a duty men owe to God, – those who can afford the journey” (Quran 3:97).

“And proclaim the Pilgrimage among men: they will come to thee on foot and (mounted) on every kind of camel lean on account of journeys through deep and distant mountain highways” (Quran 22:27).

Ibn’ Abbas said, “When Allah commanded Prophet Ibraheem to proclaim Hajj among people, he said: ‘My Lord, how can I convey the message to the people as my voice cannot reach them?’ Allah said, ‘You call; it is Our duty to make it reach (everyone)!’ So, he stood in his position and said, ‘O, you people! Your Lord has chosen a House, so perform pilgrimage to it.’ It was said that the mountains became level, and his voice reached all parts of the earth, and all that is in the wombs and loins of men were made to hear the call, and everything that heard it responded. So those for whom Allah has decreed to perform Hajj till the Day of Judgment responded saying, ‘Labbayka Allahumma Labbayk (Here I am at your service, O Allah, here I am).'”

In Hadith, pilgrimage is also made incumbent on every Muslim. Ibn’ Abbas reported the Prophet of Allah ﷺ as saying: “Islam does not allow for failure to perform the Hajj” (Sunan Abu Dawud, Vol. 2, p.454). The Hajj can only be appropriately performed on the eighth, ninth, and tenth days of Thul-Hijjah, the last month of the Muslim year.

Hajj is a pillar of Islam in which Allah has combined all types of ‘Ibaadah (worship). Hajj comprises the testimony that there is no God but Allah and that Muhammad ﷺ is His Messenger. Prayer, spending in the way of Allah; fasting (for those who cannot afford to pay for the sacrificial animal); enjoining good and forbidding evil, (characteristics of) patience, perseverance, mercy, and abstention from forbidden things.

Hajj is one of the greatest signs of Allah that has come with Muhammad ﷺ. In reality, no human power can gather pilgrims yearly from all parts of the world. Pilgrims with hearts full of yearning and love, experience difficulties yet rejoice at leaving their homes and families, feeling that the hours of performing Hajj are the greatest of their lives and spending generously for this purpose. Indeed, it is only Allah who can bring about such a situation. He says, “And proclaim to the people the Hajj (pilgrimage); they will come to you on foot and every lean camel; they will come from every distant past – That they may witness (i.e., attend) benefits for themselves and mention the Name of Allah on known (i.e., specific) days over what He has provided for them of (sacrificial) animals. So eat of them and feed the miserable and poor” (Quran 22: 27-28).

Hajj is like a short intensive course in which the basic teachings of Islam are presented to a worldwide gathering of Muslims. However, the instructions in this course are not given through lectures but through symbols and rituals.

During Hajj, every pilgrim learns the basic message of Islam:

A Muslim who intends to perform Hajj must ensure, before departing:

When setting out for Hajj, one of the first things we do is to shed all indications of our wealth and class distinction by wearing simple white garments called Ihram. The Ihram clothing aims to eradicate all worldly differences between humankind. It trains the pilgrims to consider themselves equal before Allah with only piety and good deeds as measures of our true wealth. The Ihram symbolizes simplicity, purity, and equality and signifies the pilgrim’s state of worship.

The pilgrimage to Mecca is an ultimate spiritual journey for Muslims. It is the most critical pilgrimage we will ever make, bringing us closer to Allah. Hajj is a spiritual and selfless exhibit of devotion that we are honored to make.